Ruling Mahavidya: Dhumavati (Goddess of Smoke) and Kali (The Destroyer)

Several new dynamics with the stars enhance an energetic shift today. This shift comes in with a bang.

The major contributors to the explosiveness are Jupiter’s entry into Leo and the Sun and Mars making a square.

Jupiter’s range is extreme. It rules “expansion.” It expands the energetics of whatever it contacts astrologically. Today it has moved into the fiery sign of Leo with the Sabian symbol for 1 Leo being “under emotional stress, blood rushes to a man’s head.” The symbol discusses feelings of paralysis/immobilization, difficulty containing emotional responses, and the physical effects of emotional suppression. Things come loose when a planet moves into the sign of Leo because this is the energy of the first degree of Leo. Resistance (fighting the flow of what’s happening in your life – the changes underway right now) only makes it difficult. It happens this way every time.

But it is even more the case when Jupiter enters Leo because Jupiter multiplies things exponentially.

At the same time today, the Sun and Mars are making a square. Squares are 90 degrees. Squares change things up. They enable us to see things a different way and then they spur us into action.

When the Sun and Mars are in square, things become fiery! The combination prompts power seizure and power struggle between people (on both the global and individual scales). It’s the energy of a coup (a highly successful, unexpected stroke, act, or move).

Be prepared to witness or experience anger, getting fired up, arguments, dramatic emotional reactions, acts of arrogance, road rage, power struggles, shocking developments, and things spilling out. Also, we are prone to accidents under Sun-Mars energy, so slow down and take extra care while driving.

Something that is out of your control (at the moment) may develop, leaving you to sit by and watch it happen. Instead of feeling defeated, build your resolve. You may not be able to act or rectify now, but you will at another time. This will surely take the endurance of a very wise owl, but you are equipped for this.

Today’s energy definitely comes at us hard at times. But we are aware of what this is and know that the energy changes again tomorrow. The universe shakes things up now and again to winnow out what no longer serves us (worn out emotions and beliefs). The jewel in today’s energy is Mars’s conjunction with the asteroid Vesta as the Sun makes the square. The asteroid Vesta, the Keeper of the Flame, Tenderer of the Heart Fires, burns away whatever keeps us from our heart’s desire. She brings us home.

Amidst the blaze today, we remain in our hearts and deeply connected with our planet.

(Note: For those interested, the astrology of the day includes Jupiter entering Leo, the Sun and Mars/Vesta making a square {a Third Quarter square for readers who follow the planetary phases], and Pluto, which is crawling in retrograde motion, moving back to the 11th degree of Capricorn.)

Your support of the Oracle Report is much appreciated. 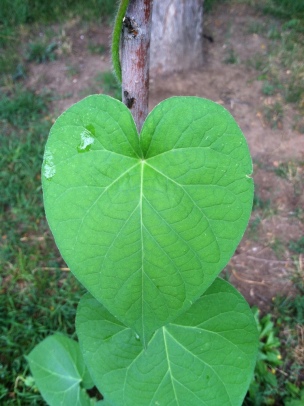