US Government Admits Americans Have Been Overdosed on Fluoride 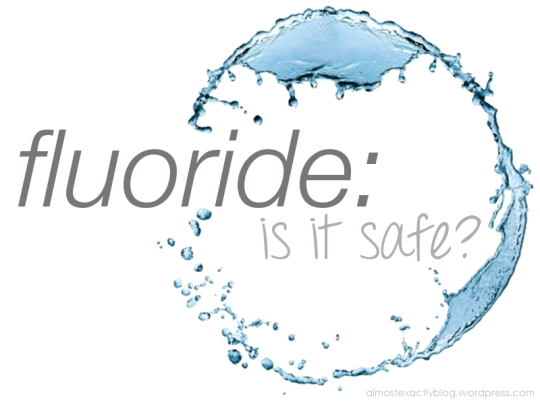 The US government has finally admitted they’ve overdosed Americans on fluoride and, for first time since 1962, are lowering its recommended level of fluoride in drinking water.1,2,3

About 40 percent of American teens have dental fluorosis,4 a condition referring to changes in the appearance of tooth enamel—from chalky-looking lines and splotches to dark staining and pitting—caused by long-term ingestion of fluoride during the time teeth are forming.

In some areas, fluorosis rates are as high as 70-80 percent, with some children suffering from advanced forms.

The former recommendation called for a fluoride level of 0.7 to 1.2 milligrams per liter (mg/L) of water. The new upper limit set by the US Department of Health and Human Services (HHS) is 0.7 mg/L, to prevent these visible signs of toxic overexposure.

Why Is a Drug Added to Water When the Dose Cannot Be Controlled?

It’s quite clear that when you add fluoride to drinking water, you cannot control the dose that people are getting, and fluoride is in fact not only a non-essential mineral but a toxic drug. This alone is one of the reasons why fluoride shouldn’t be added to drinking water at any level.

If a doctor somehow managed to force a patient to take a drug with known toxic effects and failed to inform them of the dosage and frequency, and never monitored their health outcome, they would be medically negligent and liable to legal and medical board action.

Yet water utilities administer this drug without a prescription, at the behest of the government, without any idea of who will get what dose and for how long, and without monitoring for side effects.

Fluoride is added to drinking water to, in theory, prevent a disease (tooth decay), and as such becomes a medicine by FDA definition. While proponents claim this is no different than adding vitamin D to milk, fluoride is not an essential nutrient. Moreover, fluoride isn’t even approved by the FDA for the prevention of cavities.

We now know that at a limit of 0.7-1.2 mg/L causes a great many people to overdose on the drug. Will an upper limit of 0.7 mg/L protect everyone forced to drink fluoridated water?

Considering the fact that people also get fluoride from toothpaste, dental rinses, processed foods, and beverages, the chances of overexposure are still present, even at this lowered level.

At the previous level, 40 percent of US teens became “collateral damage.” What will the allowable damage be at the new level? The HHS said it will evaluate dental fluorosis rates among children in 10 years to assess whether they were correct about this new level.

Remarkably, the Sacramento Bee5 reports that: “Recent unpublished federal research found there’s no regional differences in the amount of water kids drink. So it makes sense for the same levels to be used everywhere, health officials said.”

I’d be very curious to review that study, because I have a hard time imagining that kids everywhere drink the same amount of water!

It’s also a ludicrous assumption unless every single child is also exposed to the same amount of fluoride from other sources besides drinking water… and weighs the same… and has the same health status… and we know that’s simply not the case.

According to the HHS, the Environmental Protection Agency (EPA) “uses the 90th percentile of drinking water intake for all age groups to calculate the relative contribution for each fluoride source.”

What this means is that if you drink more water than the 90th percentile, you are not protected by this reduced level. People most likely to fall into that category include infants receiving formula mixed with fluoridated water, people working outdoors (especially in hot climates), athletes, and diabetics.

Dental Fluorosis Is NOT the Only Risk of Water Fluoridation

Barbara Gooch, a dentist at the Centers for Disease Control and Prevention (CDC) told NPR6 that “The only documented risk of water fluoridation is fluorosis, and it is primarily a cosmetic risk. Fluorosis in the milder form is not a health risk.”

This hints at a really deficient understanding of the available science on fluoride’s health effects. Dental fluorosis is the most visible form of fluorosis, but it’s far from being “just cosmetic” and of no further concern.

It can also be an indication that the rest of your body, such as your bones and internal organs, including your brain, has been overexposed to fluoride as well.

In other words, if fluoride is having a visually detrimental effect on the surface of your teeth, you can be virtually guaranteed that it’s also damaging other parts of your body, such as your bones. Skeletal fluorosis, which isn’t visible, is very difficult to distinguish from arthritis. Symptoms indicative of early clinical stage skeletal fluorosis include:

The second clinical stage of skeletal fluorosis is characterized by:

All of this has been known since the 1930s, so it’s rather disingenuous to proclaim that dental fluorosis is the only documented risk of water fluoridation. If 40 percent of American teens have dental fluorosis, how many people suffer from skeletal fluorosis as a result of chronic fluoride overexposure? In one previous study, bone fracture rates also rose sharply with increasing severity of dental fluorosis. Studies have also demonstrated that fluoride toxicity, caused by overexposure, can lead to: