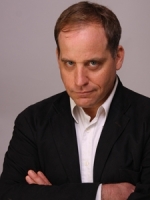 Notice to readers, this week marks the beginning of my annual one month break from the internet. For that reason, until the August 25th edition, reports will cover topics that are not time sensitive.
Recent events in the Middle East have been unfolding in a way that was explained to this writer several years ago by the gnostic illuminati. Since their predictions are coming true, it is worth mentioning other predictions and agreements reached by major secret societies behind the scenes.

In the Middle East, Al Qaeda, now rebranded as ISIS, a Western organization headed by an Eastern European former comintern agent, wishes to erase the artificial borders created by colonial powers during the 20th century. Their aim is to create a new caliphate ranging from North Africa to the borders of Iran. This caliphate will have a loose federal structure based on historical ethnic boundaries. There will also be an 800 years overdue peace accord reached between the Shia and Sunni factions of the Islamic world. The Shia will form part of a Persian empire that will include parts of what is now Iraq, Syria and Lebanon. The Sunnis will be divided ethnically mainly into Arabs, Kurds and Turks. Israel will become a Jewish autonomous zone within the caliphate. The borders of the caliphate will extend across Northern Africa. At least that is the plan as explained to this writer by the gnostic illuminati, members of the BIS, members of the P2 lodge and other sources.

There may be some moving of ethnic groups to new regions in order to make possible the creation of trouble free borders, the sources say. This could lead to some further turmoil before the dust settles.

Sub-saharan Africa is also already in the process of becoming an African Federation. The artificial colonial boundaries are expected to be redrawn along ethnic and linguistic lines. The exploitation of Africa, where resources are removed from the region by tax-evading transnational corporations, is already in the process of being phased out. As the process ends, Africans will become more like Arabs in the sense they will be rich as a result of natural resources.

South America is also forming a Federal government union. Right now there is a tug of war between the North Americans, who want to mere South America with North America, and the Europeans and Chinese who would like to deepen their connections with an independent South America. The Chinese are using the BRICS alliance as their method of seduction. The Europeans are using an Argentine Pope. The Americans are trying to open their borders to attract immigrants and create a de-facto union with Latin America. That is what is behind the US government orchestrated campaign to welcome Latino immigrants. In the end, the loose political structure will be what the Japanese call “Tamamushi coloured.” The Tamamushi is a beetle that appears to be different colours when seen from different angles. In other words everybody will see the colour they want to see in the new arrangement.