A Matter of Timing or Frequency? 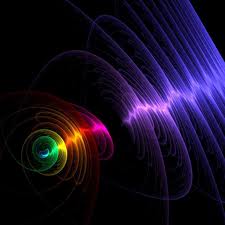 When I have time I’ll share some of the insights of the anonymous Channel and his Galactic Source, (1) but it’s so busy that I’m not sure when that will be.

I’m sure it was a monad or group soul I spoke to.  They referred to themselves in the plural.

But I’d like to report on the impact that that interview had on me.

I think for the first time I actually got that I was using the wrong criteria, the wrong set of glasses, to look at everything that’s happening in the world today. I really got it.

I insisted on seeing everything as a matter of timing. And it isn’t.

The Galactic Group I spoke to – if I may call them that – said “no” to me often enough that I got that I was not seeing matters accurately.

The galactics do not experience time. They live in a Now moment that I don’t live in. Even though I’ve experienced the timeless a few times in my life, I don’t recall the details.

They make their decisions and carry on their work based on considerations of frequency, not time.

We hold them to timing – please give us a date by which something will happen. We’re holding them to criteria which they don’t share with us. It’s as if they have to get their work done in spite of us.

I’m certain that we’re in what was called years ago “the time of separation.” (2) I’m sure that, in the face of the rising vibrations caused by the Tsunami of Love, and here I’m paraphrasing the Galactic Group, the remaining Illuminati will choose to leave the planet.

One cannot put a time to that; it all depends on frequency.  So they cannot satisfy us on questions of timing and eventually we’ll have to adopt their point of view because there is no time in the Fifth Dimension.

The Galactic Group told me they were holding open an Ascension portal that leads from the Third through the Fourth to the Fifth. But they wondered if we appreciated how difficult the task is for them. It passes right through the lower astral, the Dark Planes of the Fourth Dimension, that house all the dictators, murderers, rapists, etc. (3) They were relating to me a matter of frequency.

Not only do they work with these discordant energies, but we in our turn hold them to criteria of understanding in regards to their work that they don’t even follow. They speak to us in a language of frequency and we reply to them in a language of time. We may as well be in two solitudes.

I could not get that before but I do get it now. It isn’t fair to hold the galactics to our demands for schedules based on set times.

I don’t think we know how big a mechanism is set in motion (1) to end the reign of darkness on the planet, (2) to do it in accord with universal and terrestrial law and (3) to bring the largest number of us to a mass, physical Ascension for the first time ever.

Use the violet flame. Use the topaz-blue containment box.  Ask for universal forgiveness every day. Write “love” on your food.   The Divine Mother, St. Germaine, the Galactic Group – everyone is calling out of us our utmost efforts to move to universal and unconditional love. They want us, in whatever way we can, to raise the level of vibration or frequency of love on the planet.

When I shift my thinking from timing to frequency, well, it’s as if everything I knew before now is called into question. I feel like a one-year-old child. Every idea in my mind is now uncertain and has to be reconsidered. This is a new paradigm and I’m in cognitive dissonance.

Welcome to the new shape of life.

(1) See “Did the Illuminati Bring Down Both Malaysian Planes?” July 24, 2014, at http://goldenageofgaia.com/2014/07/24/did-the-illuminati-bring-down-both-malaysian-planes/. Because the Illuminati is on a rampage at present, the Channel has asked to remain anonymous.

(2) See “A Time of Separation will Occur” at http://goldengaiadb.com/The_Work_of_Ascension#A_Time_of_Separation_will_Occur.