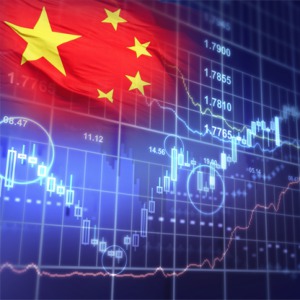 China is moving forward with a plan to create its own version of the World Bank, which will rival institutions that are under the sway of the US and the West. The bank will start with $100 billion in capital.

The Asian Infrastructure Investment Bank (AIIB) will extend China’s financial reach and compete not only with the World Bank, but also with the Asian Development Bank, which is heavily dominated by Japan. The $100 billion in capital is double that originally proposed, the Financial Times (FT) reported.

A member of the World Bank, China has less voting power than countries like the US, Japan, and the UK. It is in the ‘Category II’ voting bloc, giving it less of a voice. In the Asian Development Bank, China only holds a 5.5 percent share, compared to America’s 15.7 percent share and Japan’s 15.6 share.

At the International Monetary Fund, China pays a 4 percent quota, whereas the US pays nearly 18 percent, and therefore has more influence within the organization and where loans go.

“China feels it can’t get anything done in the World Bank or the IMF so it wants to set up its own World Bank that it can control itself,” the FT quoted a source close to discussions as saying.

To date, 22 countries have expressed interest in the project, including oil-rich Middle Eastern nations, the US, India, Europe, and even Japan, the FT reported.

“There is a lot of interest from across Asia but China is going to go ahead with this even if nobody else joins it,” the FT source said.

Funding for the Asian Infrastructure Investment Bank will mostly be sourced from the People’s Republic of China and be used to pay for infrastructure projects.

The bank’s first project will be a reincarnation of the ancient Silk Road, the vast network of trade routes between China and its regional neighbors. Another proposed project is a railway from Beijing to Baghdad.

The idea for the bank was first floated in October 2013, when China unveiled plans to create the bank. Then it was initially to be funded with $50 billion in capital.

Separately, the BRICS nations plan to have a $100 billion development bank ready by 2015.

Funds will be reserved for emerging market members who are often bypassed by institutions like the IMF and World Bank.

Bank preparations will likely be finalized at the 6th annual BRICS summit on July 14-16, when the five world leaders convene in Brazil.