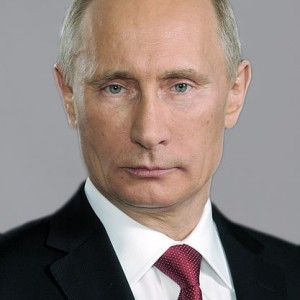 The Russians are actually making a move against the petrodollar. It appears that they are quite serious about their de-dollarization strategy. The largest natural gas producer on the planet, Gazprom, has signed agreements with some of their biggest customers to switch payments for natural gas from U.S. dollars to euros. And Gazprom would have never done this without the full approval of the Russian government, because the Russian government holds a majority stake in Gazprom.

There hasn’t been a word about this from the big mainstream news networks in the United States, but this is huge. When you are talking about Gazprom, you are talking about a company that is absolutely massive. It is one of the largest companies in the entire world and it makes up 8 percent of Russian GDP all by itself. It holds 18 percent of the natural gas reserves of the entire planet, and it is also a very large oil producer. So for Gazprom to make a move like this is extremely significant.
When Barack Obama decided to slap some meaningless economic sanctions on Russia a while back, he probably figured that the world would forget about them after a few news cycles.

At this point the Russians are turning their back on the United States, and that includes the U.S. dollar.

What you are about to read is absolutely stunning, and yet you have not heard about it from any major U.S. news source. But what Gazprom is now doing has the potential to really shake up the global financial landscape. The following is an excerpt from a news report by the ITAR-TASS news agency…

Gazprom Neft had signed additional agreements with consumers on a possible switch from dollars to euros for payments under contracts, the oil company’s head Alexander Dyukov told a press conference.
“Additional agreements of Gazprom Neft on the possibility to switch contracts from dollars to euros are signed. With Belarus, payments in roubles are agreed on,” he said.
Dyukov said nine of ten consumers had agreed to switch to euros.

And Gazprom is not the only big company in Russia that is moving away from the U.S. dollar.
According to RT, other large Russian corporations are moving to other currencies as well…

Russia will start settling more contracts in Asian currencies, especially the yuan, in order to lessen its dependence on the dollar market, and because of Western-led sanctions that could freeze funds at any moment.
“Over the last few weeks there has been a significant interest in the market from large Russian corporations to start using various products in renminbi and other Asian currencies, and to set up accounts in Asian locations,” Pavel Teplukhin, head of Deutsche Bank in Russia, told the Financial Times, which was published in an article on Sunday.
Diversifying trade accounts from dollars to the Chinese yuan and other Asian currencies such as the Hong Kong dollar and Singapore dollar has been a part of Russia’s pivot towards Asian as tension with Europe and the US remain strained over Russia’s action in Ukraine.

And according to Zero Hedge, “expanding the use of non-dollar currencies” is one of the main things that major Russian banks are working on right now…

Andrei Kostin, chief executive of state bank VTB, said that expanding the use of non-dollar currencies was one of the bank’s “main tasks”. “Given the extent of our bilateral trade with China, developing the use of settlements in roubles and yuan [renminbi] is a priority on the agenda, and so we are working on it now,” he told Russia’s President Vladimir Putin during a briefing. “Since May, we have been carrying out this work.”
“There is nothing wrong with Russia trying to reduce its dependency on the dollar, actually it is an entirely reasonable thing to do,” said the Russia head of another large European bank. He added that Russia’s large exposure to the dollar subjects it to more market volatility in times of crisis. “There is no reason why you have to settle trade you do with Japan in dollars,” he said.

The entire country is undergoing a major financial conversion.

This is just staggering.

Meanwhile, Russians have been pulling money out of U.S. banks at an unprecedented pace…

So in March, without waiting for the sanction spiral to kick in, Russians yanked their moolah out of US banks. Deposits by Russians in US banks suddenly plunged from $21.6 billion to $8.4 billion. They yanked out 61% of their deposits in just one month! They’d learned their lesson in Cyprus the hard way: get your money out while you still can before it gets confiscated.

For those that don’t think that all of this could hurt the U.S. economy or the U.S. financial system, you really need to go back and read my previous article entitled “De-Dollarization: Russia Is On The Verge Of Dealing A Massive Blow To The Petrodollar”. The truth is that the U.S. economic system is extremely dependent on the financial behavior of the rest of the globe.

Because nearly everyone else around the rest of the planet uses our currency to trade with one another, that keeps the value of the U.S. dollar artificially high and it keeps our borrowing costs artificially low.

As Russia abandons the U.S. dollar that will hurt, but if other nations start following suit that could eventually cause a financial avalanche.

What we are witnessing right now is just a turning point.

The effects won’t be felt right away. So don’t expect this to cause financial disaster next week or next month.

But this is definitely another element in the “perfect storm” that is starting to brew for the U.S. economy.

Yes, we have been living in a temporary bubble of false stability for a few years. However, the long-term outlook has not gotten any better. In fact, the long-term trends that are destroying our economic and financial foundations just continue to get even worse.

So enjoy the “good times” while you still can.

They certainly will not last too much longer.